If you haven't already, please read Part I of this article, found here.

WHAT IS THE SAFE RATE TO WITHDRAW?
These considerations prompt the question: “How much should I take out of my portfolio?” As if dealing with an increasing income need over a potentially longer-than-expected lifetime isn’t challenging enough, it is further complicated by something called sequence of returns risk (S.O.R). To put it simply, without factoring in S.O.R., people often can use correct math but incorrect assumptions in determining how much to withdraw. It is like solving an equation with incorrect starting information.

THE CORRECT MATH
Many times, in estimating their future rate of return, people will look at the historical rates of return. They see that the stock market or portfolio has averaged an 8% to 10% return during a certain period of time and assume it will be the same for the future. To find this average, they add up the rate of return of all of the years together and then divide that number by the number of years. For example, if they are looking at a portfolio over the past 20 years, they’ll add up all of the annual returns over the last 20 years and divide by 20 to get an average return, say for example an 8% to 10% return.

Yes, that is correct math. The issue is not with the math, but with its application. The stock market and investment portfolios don’t perform at a constant rate. They are not just going up a perfectly level hill. In reality, they are more like going up a hill with a yo-yo. Yet people often use the average rate of return for their future growth projections.

THE INCORRECT ASSUMPTIONS
The incorrect assumptions come into play when people view the period of time after retirement the same as the period of time before retirement.
In the Accumulation Phase (the period of time from when someone started saving in their 401(k) or IRA until retirement day), you can find the average rate that your money grew by adding up the money you started with, your contributions, and your ending value. And the order of the returns does not matter. 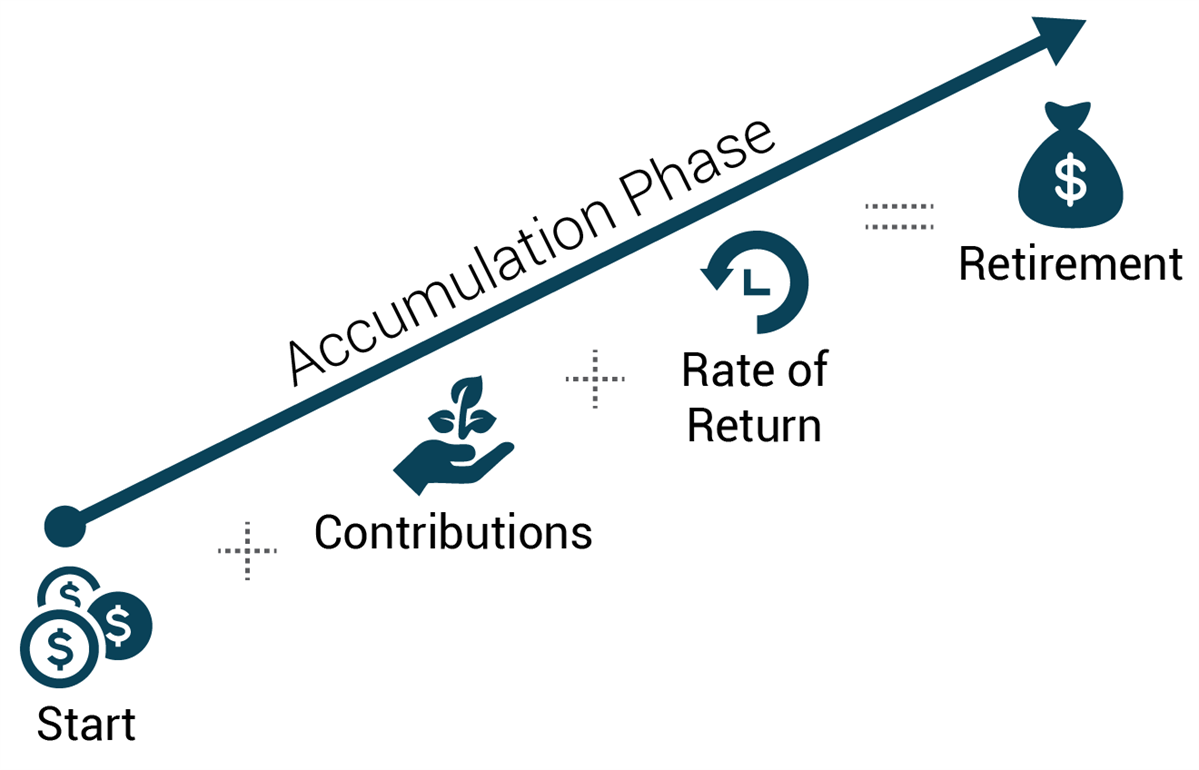 The problem comes when you shift from the pre-retirement Accumulation Phase to the post-retirement phase, which is sometimes called the Distribution Phase. A different set of rules come into play at this point. And here’s why: when you factor in withdrawals, the order of the returns now matters. 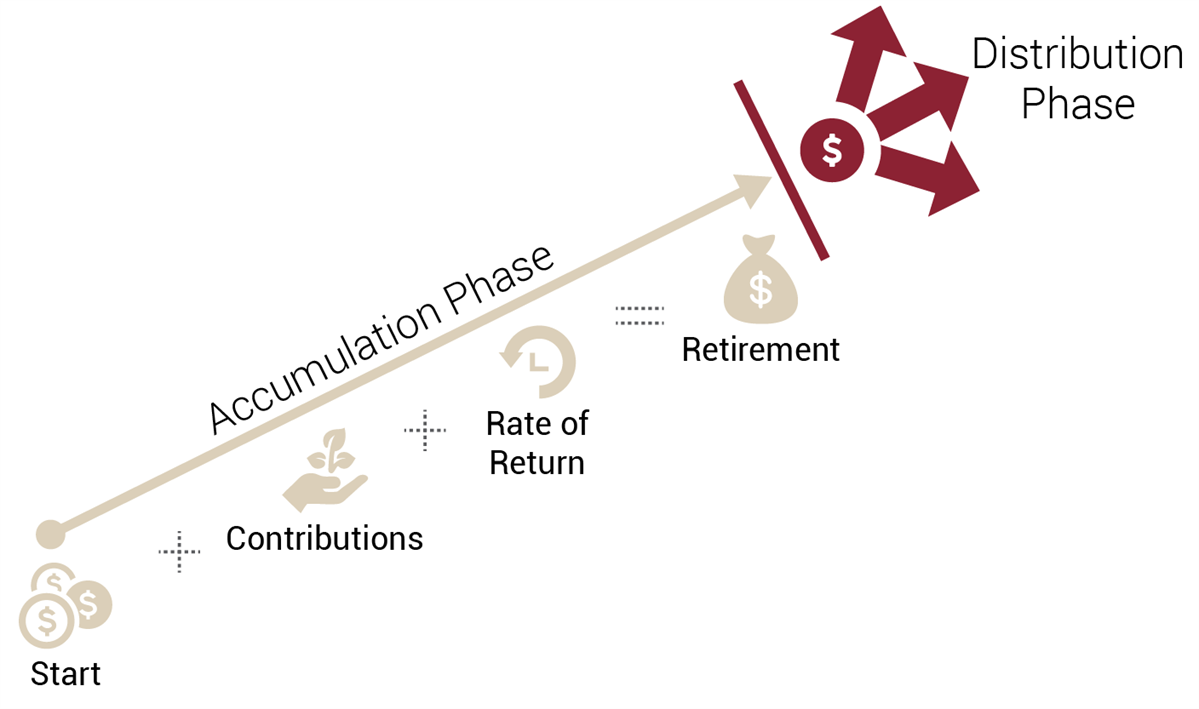 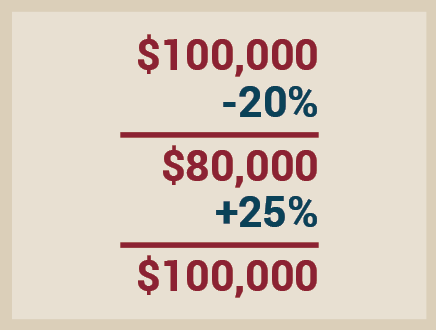 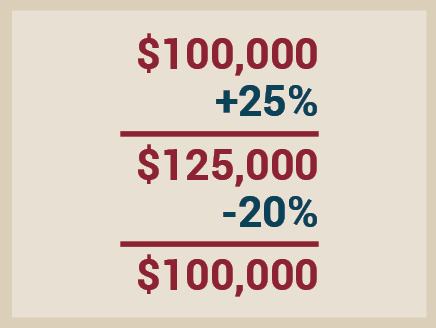 So, what happens if you factor in withdrawals? You are automatically putting negative pressure on your portfolio every year that you take a withdrawal. Let’s assume you began the year with the same $100,000 and the market declines 20% so your portfolio falls to $80,000. If you also then withdraw $4,000 (only 4% of the initial value) you’ve now drawn the portfolio down to $76,000. Now for you to recover back to your original account value of $100,000, you need the market to increase not just 25%, but almost 32%. And that’s before you take another withdrawal in the following year! 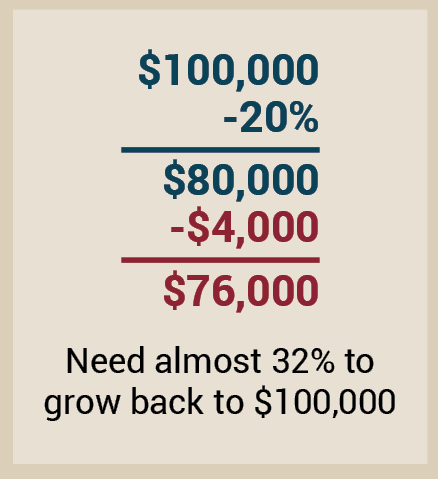 Sequence of returns comes into play on the distribution side of retirement because now the order of returns can make a big difference. Historically, it was believed that if your portfolio was going to average 7% year over year, that you could, in theory, withdraw 7% year over year. However, financial planner William Bengen introduced the concept of the sequence of returns risk to a portfolio. Basically, S.O.R. means that the volatility of the markets actually results in an individual having to withdraw less than the assumed rate of return in order to be reasonably confident that he/she will not run out of money. S.O.R. is the mathematical formula used in the attempt to find a suitable amount to withdraw.

Take a look at the following chart. Let’s say you think you will live 30 years into retirement and you have read somewhere that you should have a 60/40 mix of stocks to bonds, which is very commonly used in the marketplace. Also, assume that you had some of the lowest costs in fees in your overall plan: 0.7% for stocks, 0.6% for bonds, 0.5% for short-term bonds. Subsequently, if you withdraw 4% as the rule of withdrawal (which was the safe withdrawal rate that resulted from Bengen’s research), you have a 74% to 80% chance of not running out of money. Or simply, you have a 1 in 4 or 1 in 5 chance that you will be broke in retirement.

The following table shows how stocks—in varying proportions—coupled with a realistic initial withdrawal amount could increase the probability of comfortably funding a 30-year retirement. For example, this table suggests there is an 80% chance that a mix of 40% stocks and 60% bonds would sustain a 4% initial withdrawal amount (increased 3% annually for inflation) throughout a 30-year retirement. 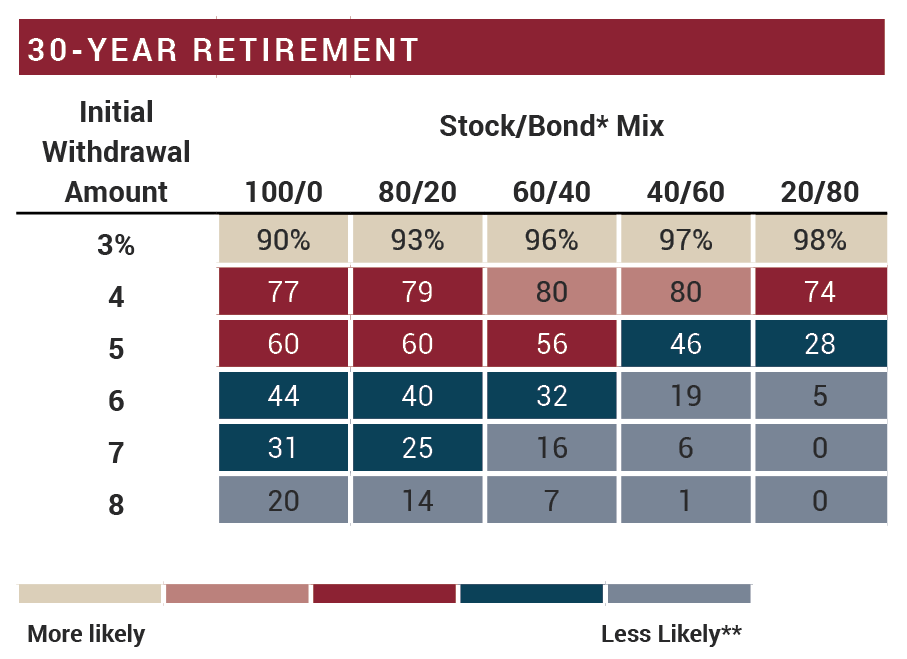 If an airline stated, “We have a 1 in 4 or 1 in 5 chance that we are going to burst into a ball of flames and our aircraft is going to crash,” would you get on that flight? I definitely would not! If that’s the case, I’ll drive! In retirement, since you don’t know how long you will live, do you want to take those odds? Any logical person would say they don’t.

WILL A LOWER RATE SUFFICIENTLY PROVIDE IN RETIREMENT?
Look again at that 30-year retirement chart. With a 3% withdrawal rate, you have between a 90% worst case and a 98% best case chance of success. Everyone would choose this option over the other! However, many people don’t have enough assets to generate enough to live off of with only a 3% withdrawal rate. In addition to Social Security and possibly a pension, a person typically has what is inside their IRA, their 401(k), or their savings. Let’s say they have $1 million in their account. They think, “Wow, that’s a lot of money I’ve accumulated!” Congratulations! That is truly wonderful! However, keep in mind, if someone has $1 million, based on research, using the 3% withdrawal rate, the average American can only take $30,000 out in income per year. 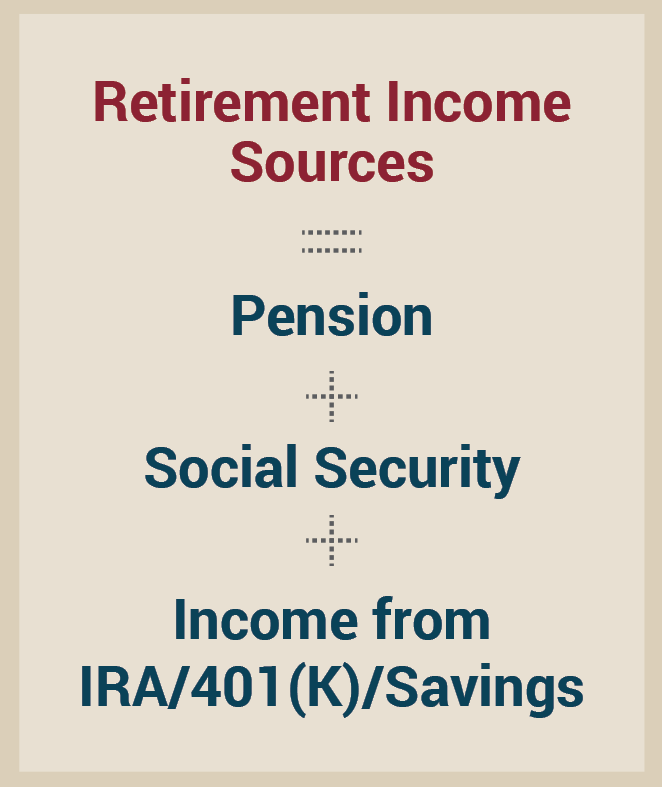 Here lies the problem: for most people who accumulate $1 million, that $30,000 is not going to be enough to live on, even with a pension and Social Security. This puts them in a position where they only have one of four options:

The final segment of this article, Part III, to follow. Please view the complete article here.