We’ve been serving our clients for over thirty years and we still love doing it as much as we did back in 1989. Do you know our story?

Married in 1989, Mark Kemp, founder & CEO of Kemp Harvest Financial Group and his wife Shelley moved to Pennsylvania after their college years in the Midwest. Originally from Arizona and California, living in the Midwest was quite an adjustment for them. So, the relocation to the Philadelphia area proved to be an even greater adjustment. And, they didn’t know anyone in Pennsylvania except Mark’s college roommate from Montgomery County. It was an adventure to say the least.

Mark had begun working with a large insurance company in the Midwest months before moving and he planned to continue working for them after their move to Pennsylvania. He also planned to attend seminary part-time thinking he would possibly become a youth pastor.  He also considered being a math teacher because of his degree in education. Through many different events, and God’s providential leading, Mark chose instead to work with a large insurance agency in Montgomery County, Pennsylvania and ultimately, felt led by God to pursue a financial planning career.

Along the way, Mark relied on Shelley, a legal secretary at the time, to do the administrative work and eventually, they hired someone part-time to help as well. When they started their family, in 1995, they worked out of an office in the chilly basement of their townhouse and fought over the space heater.  Those were the days!

Fast forward a few years and Mark completed his degree in Finance & Taxation at New York University and obtained his certified financial planner designation. Prior to passing the exam, he often studied long into the night while on family trips to the shore and at home, after everyone had gone to bed. Having three little kids running around while studying and working full-time to serve his clients made for a very crazy couple of years.

In the midst of all this, Mark and Shelley moved the office (finally) from their basement to a tiny office in Skippack, PA. And, they incorporated as Kemp & Associates Financial Services. Soon, they expanded from that office to larger one at the same location.

And, in 2002, Kemp & Associates, moved to Plymouth Meeting, PA for easier access for clients who were starting to come from many different directions.

When Mark began working with Bell employees first in 1992 and then, more actively in November of 1999, he knew he’d found his niche. Like most type-A personalities, Mark dove headlong into all things Verizon and thrived on the joy of explaining difficult concepts to potential retirees. And, he thoroughly enjoyed the many warm relationships he established with his clients, especially phone company clients. Shelley remembers helping Mark on many occasions to pass out refreshments and flyers to Verizon (Bell of Pennsylvania) workers throughout southeastern Pennsylvania.

In 2006, Mark & Shelley acquired land in Harleysville, Pennsylvania not far from their home and eventually, they built the office building that houses the business today. By designing a Pennsylvania stone farmhouse, Mark & Shelley were able to provide their clients a place that expresses warmth and comfort. Making financial decisions can feel intimidating enough so this was a priority.

Not long after opening the new office, they changed the name to Kemp Harvest Financial Group. Over the years, they have expanded their offerings to serve not only the Verizon community but others who desire to experience the care and knowledge their team brings to the retirement planning process.

Despite humble beginnings, Mark and Shelley are thankful for the fine, dedicated team of individuals who work with them and for you, the clients.  And, the Kemp Harvest team continues to be grateful for the confidence you place in them by allowing them to develop the holistic retirement plan that is unique to you and by referring your friends and family as well. Ultimately, they are grateful to God for  being in business for over thirty years now and having the opportunity to come alongside you in your retirement/retirement planning years. 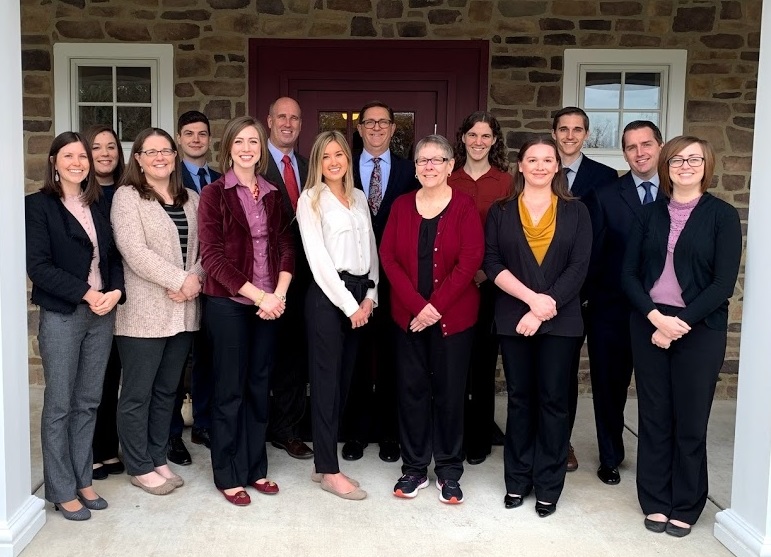